If you purchased this in the last 30 days please contact us for an additional mailing or partial refund.

We do not ‘dye’ or ‘bleach’ our slices.  So color may vary from batch to batch.

NATURE: Warm; sweet and salty; attributive to kidney and liver.

CHARACTERISTICS: Horn of nippon, prepared as round thin pieces, section of base is whitish and soft, unpleasant in odor. Nutrient tonic to semen, marrow, sinew, and cartilage. This is one of the most renowned and popular sexual tonics.

THERAPEUTIC EFFECTS:  Invigorate kidney-yang, supplement essence and blood and strengthen the tendons and bones. For treating kidney-yang deficiency manifested as cold limbs, fatigue, backache, impotence, emission and profuse urine, sterility and leucorrhagia. Also for treating insufficiency of essence and blood manifested as flaccidity of extremities or mal-development, slow growth in children. It accelerates the healing of ulcer or wound, increases the level of red blood cells, increases heart rate and cardiac output.

The base and bottom sections of deer antler velvet are less effective, deficient segments. When used, they dilute the nutritional density, and thus the effectiveness, of the product. 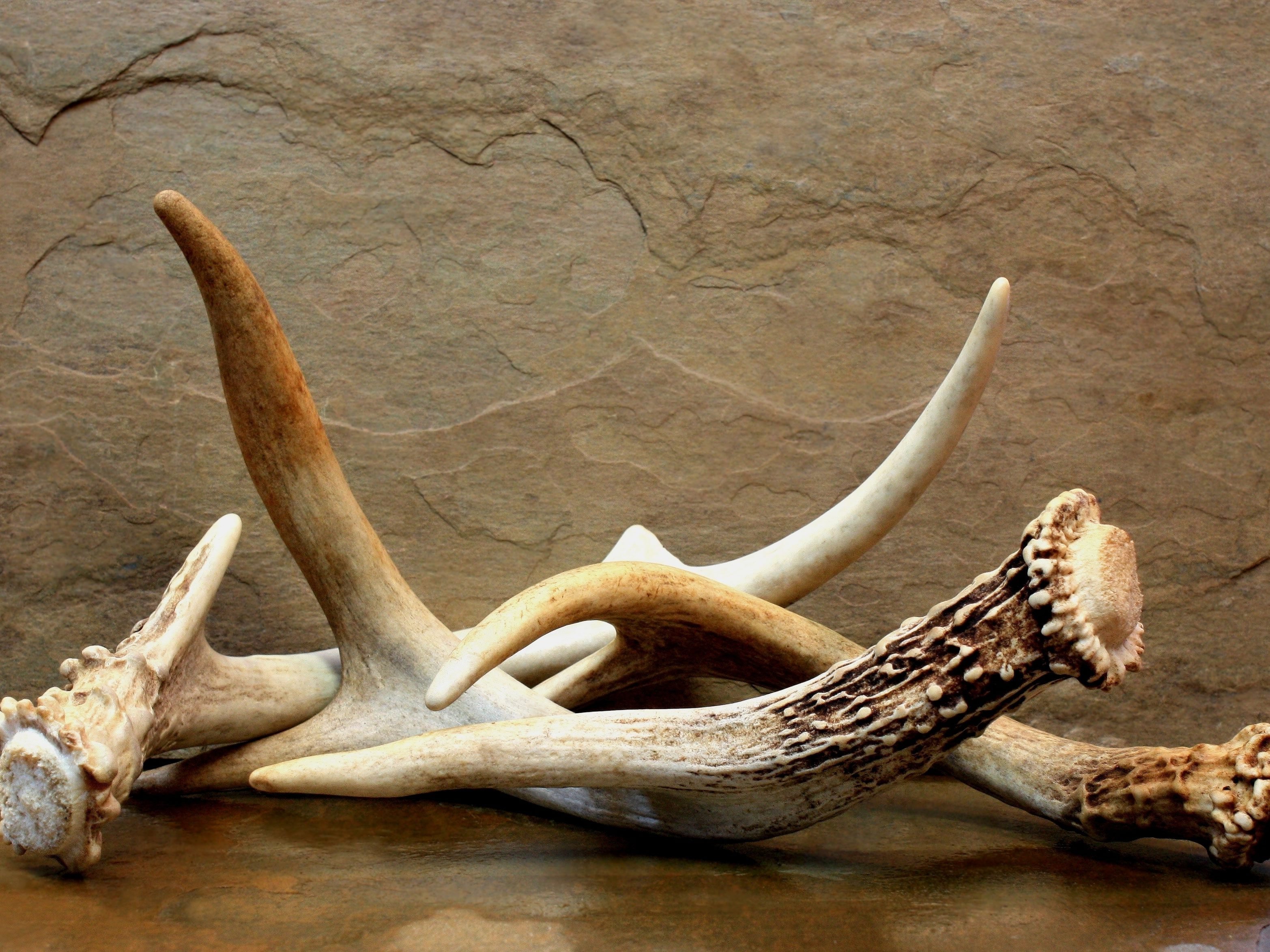 The surprising health benefits of deer antler velvet
Deer antler, or more specifically ‘velvet antler”which refers to the soft, newly grown antler before it hardens, not just the velvet skin’has been used in Chinese medicine for 2000 years. Often prescribed as a tonic, it is reputed to boost the immune system, improve stamina and reduce swelling. It is also prescribed to promote wound healing and strengthen bones and said to be an aphrodisiac and to enhance fertility. In China, velvet antler is seen as second only to ginseng in its restorative powers.

Today, clinical evidence is amassing to back the use of velvet antler as a treatment for osteoarthritis and as a supplement to enhance strength and endurance in athletic performance. Some studies indicate it may also prevent tumour growth, enhance mood and improve circulation.

People with osteoarthritis take chondroitin sulphate as an anti-inflammatory and velvet antler contains a high concentration of this compound, as well as significant amounts of glucosamine sulphate. Both appear to inhibit the depletion of bone and cartilage. The use of velvet antler in treating rheumatoid arthritis is being studied at the University of Calgary and the University of Alberta.

How to take velvet antler as a health remedy
Powdered velvet antler is available in capsule form from health shops. As a general tonic and to fight fatigue, the recommended dosage is usually 1 or 2 capsules (250 to 350 milligrams each) per day. For conditions such as osteoarthritis, higher doses may be used under supervision of a health practitioner. The effects of velvet antler gradually accumulate and are typically seen 8 to 12 weeks.

Research on deer antlers could have major health benefits for humans
Imagine being able to regrow a finger. Scientists believe that by studying the way deer regenerate their antlers we may come closer to being able to do just that.

All male members of the deer family, including elk, moose and reindeer (caribou), grow a new set of antlers each year’from scratch, in just a matter of months’then shed them at the end of the annual mating season. The ability to regenerate such large appendages each year is unique to this family among mammals and rare in the animal kingdom as a whole (horns, in contrast to antlers, are permanent and cannot be regrown). Understanding how it happens could have significant implications for human medicine, particularly in the fields of wound healing and organ regeneration.

When antlers fall off, they leave wounds that heal quickly, without forming a scar. Researchers have found that velvet antler contains substances that encourage healing, and could be of use to humans. Of particular interest are 3 hormones known to promote growth of skin tissue: insulin-like growth factor (IGF-1), epidermal growth factor (EGF) and transforming growth factor-β1 (TGF-β1). In a recent study, an ointment made from velvet antler, containing these compounds, enhanced healing when applied to the skin of rats. IGF-1 was a hot topic in the media in the winter of 2013 when a football player, Ray Lewis, was accused of using a banned spray containing IGF-1.

Even more intriguing is how the stags manage to regrow their antlers. Scientists have found stem cells at the bases of antlers’essentially ‘blank’ cells that can develop into many different types of cell, such as a skin cell or a cartilage cell. If they could find out what triggers the stem cells and controls their development into antlers, the knowledge could be applied to the regeneration of human limbs and organs. Scientists know that the shedding is initiated by a fall in the hormone testosterone, a change linked to an increase in day length, and they think oestrogen may be a key cellular regulator. However, much more research on a molecular level is required to unravel what is clearly an intricate process.

May help to Reduce Inflammation, Increase Circulation and Manage Pain
Rated 4.75 out of 5
$80.85
Add to Basket