Jamaican Blue Vervain is a highly prized and sought after herb that is utilized for a multitude of sleep, anxiety, and depression related issues.

Jamaican blue vervain assists in detoxifying the body by allowing it to release urine, excess water, salts and fats. It aids in protecting the kidney and liver from any bacteria and treats bladder infections. If you suffer from any respiratory disorders such as chest congestion, colds, chronic bronchitis, sore throats or respiratory inflammation, blue vervain is perfect for clearing up airways and eliminating the irritations.

The verbenalin in vervain, an iridoid glycoside known for its calming effects, has prompted some research on the herb’s potential for reducing anxiety and depression.

A 2016 animal study published in the Frontiers of Pharmacology looked at how vervain impacted several factors, including anxiety. Researchers found that mice who received a vervain extract dose of 100 milligrams per kilogram of body weight (mg/kg) had the highest anti-anxiety effect measured by movement through a maze. However, when the dosage was higher—300 mg/kg—the effect was reduced, likely due to sedative effects at a higher dosage.

In addition, a 2020 animal study in Basic and Clinical Neuroscience evaluated the antidepressant effects of vervain.Researchers found that rats that received 200 mg/kg vervain extract by oral administration experienced an an antidepressant effect, shown by significantly decreased immobility time, increased time spent in light, and the number of entries into central maze squares.

The calming effect of compounds in vervain has similarly prompted research on the plant’s potential in helping those with insomnia.

In the 2016 study referenced above, researchers looked at the sedative properties of vervain. When the researchers gave mice a 50–300 mg/kg dose of an extract of vervain, they noticed an increase in sedative effects with increasing dosage. Mice who received vervain had decreased sleep onset and increased sleep duration.

Little is known about the long-term safety of vervain supplements. Therefore, the following people should avoid using vervain:

In addition, vervain may interact with other drugs. Talk to your healthcare provider about any supplements you take to avoid possible interactions. 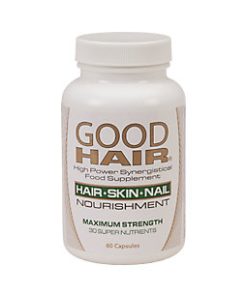