The global warming myth seemed to be created so that the climatic changes would increase their power rather than make people become self-sufficient. If the climate doesn’t change, they’ll be quickly discredited. This way, they can leverage the crop failures, storms, etc to increase global governance. That’s one theory.

The eruption of Mt Kilauea in Hawaii has provided some stunning imagery for news reports. What is left out, however, is that the Kilauea eruption is part of a global trend of increased volcanic eruptions, and a harbinger of more to come. 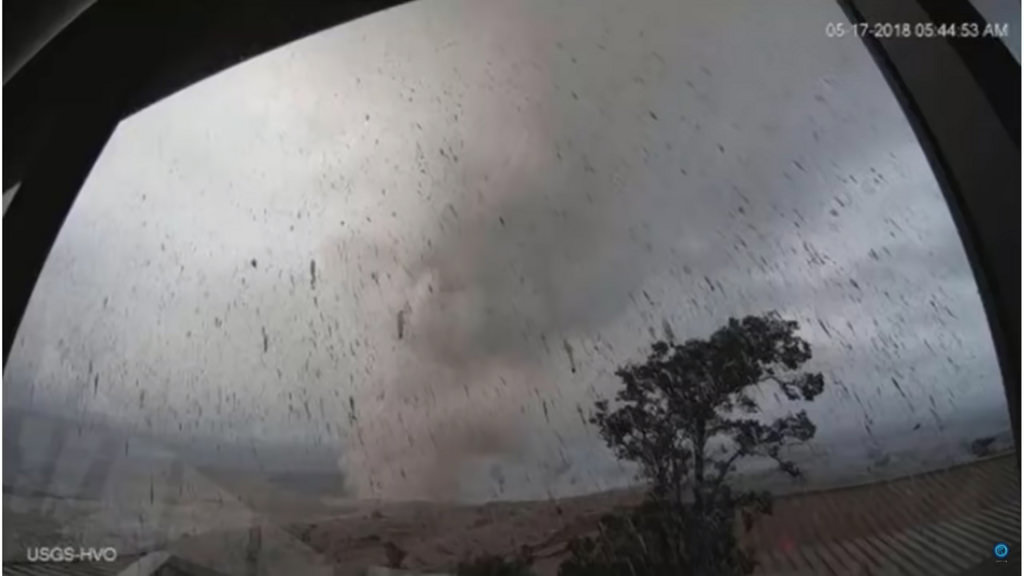 Also omitted from news reports on the eruption is an explanation of the cause. According to a team of Japanese astrophysicists though, the cause is not a mystery. They demonstrated conclusively in 2011 that explosive volcanic eruptions are triggered by cosmic rays. 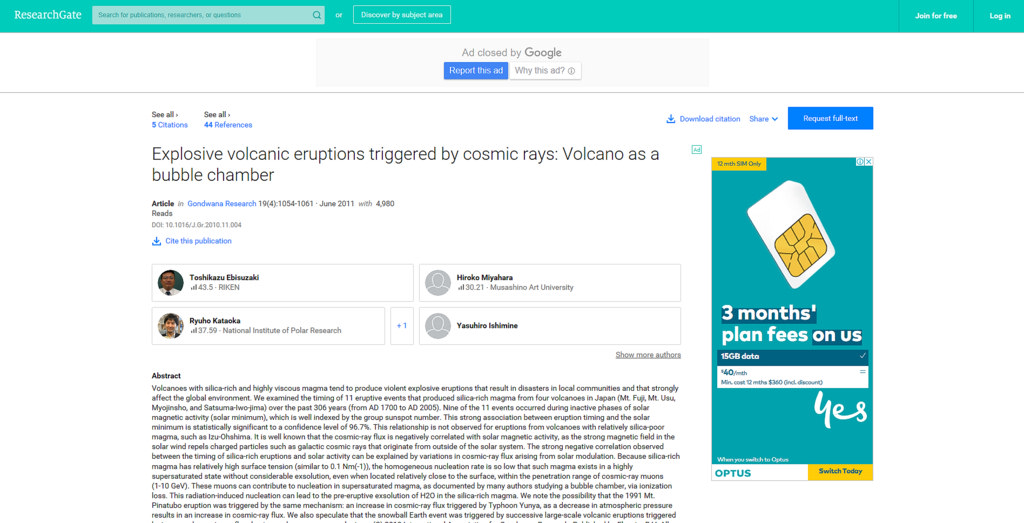 Cosmic rays are high-energy radiation which originates from outside our galaxy. They travel in streams from intergalactic sources, like rivers through the cosmos fueled by supernovae. The uptick in volcanic activity we are witnessing globally is being driven by higher rates of these cosmic rays hitting the planet.

The increase in cosmic rays which the Earth is experiencing right now, moreover, is being caused by a period of diminished solar output our solar system entered in 2017. This decline in solar output can be measured by counting sunspots, and is know as a Grand Solar Minimum (GSM).

That we have entered a GSM as of last year is not controversial. It’s mainstream news. 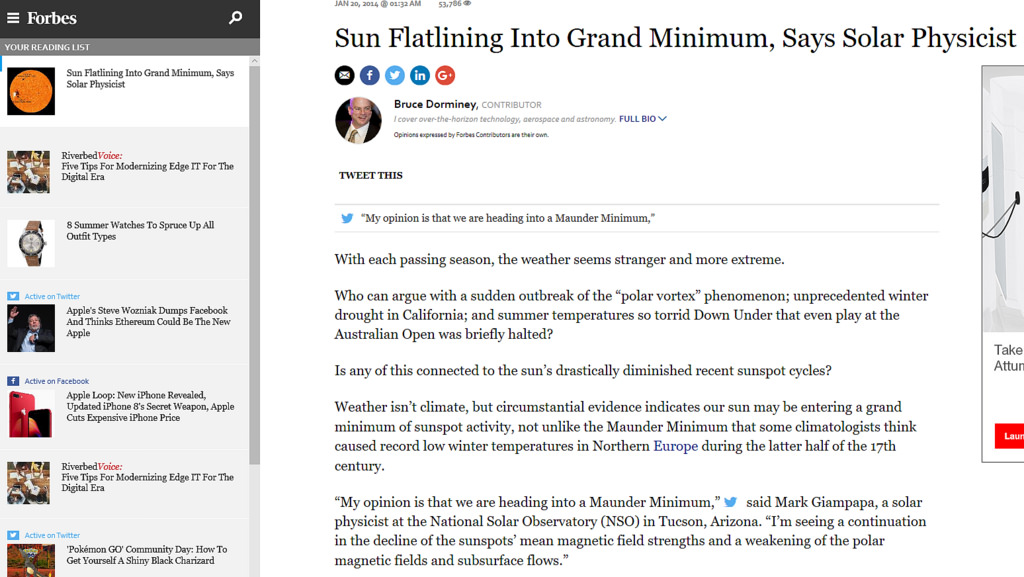 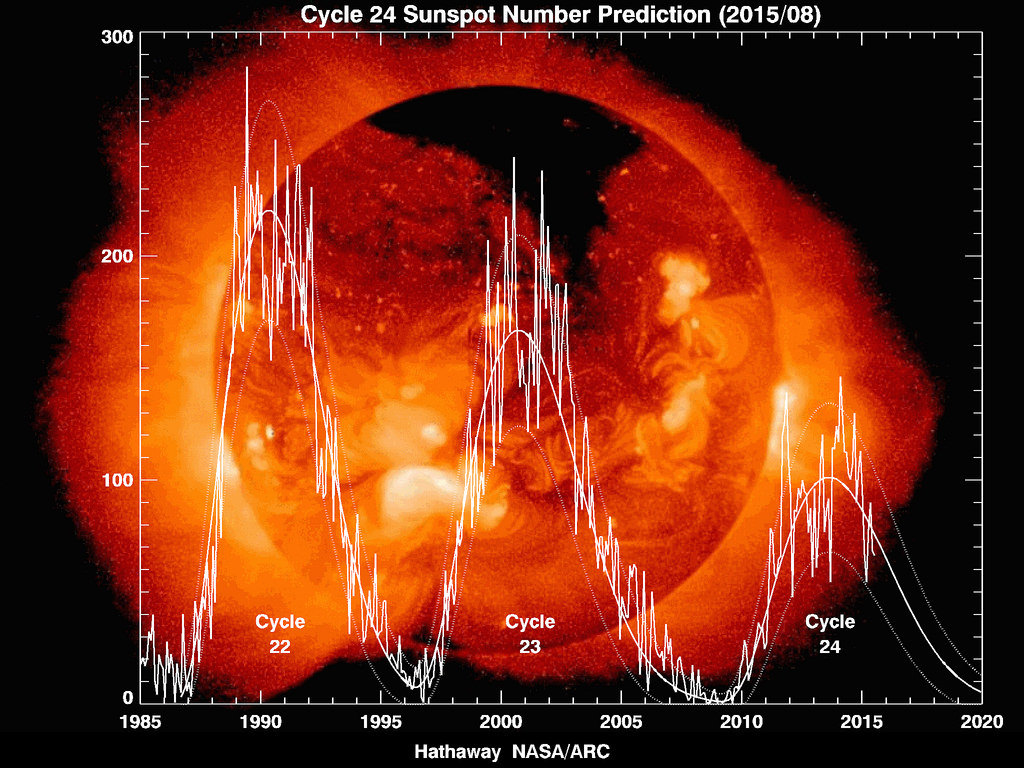 What is disputed and suppressed by mainstream academia, media and government agencies, however, is the severity of the GSM we have entered and what it means for climate, food production and social stability in the coming years.

Increased levels of cosmic rays do not only cause more volcanic eruptions. They lead to a cascade of consequences which have profound implications for life on this planet and civilisation as we have known it.

During solar maxima, when the sunspot count is high, a stronger magnetic field and solar wind prevent a greater amount of cosmic rays from entering Earth’s magnetosphere, atmosphere, biosphere and lithosphere.

During a GSM, however, this protective function of solar wind and the solar magnetosphere declines. This leads to increased levels of cosmic rays hitting the Earth, and is the major factor driving climatic changes during a GSM.

As well as causing greater volcanic activity and atmospheric ash levels, cosmic rays also increase cloud cover around the planet generally. This was demonstrated by a team of space scientists led by Professor Henrik Svensmark at the Technical University of Denmark. Professor Svensmark’s team demonstrated in 2017 that cosmic rays influence Earth’s cloud cover and climate.

As cosmic rays increase during a Grand Solar Minimum, they create an extra cloud layer between 5-6km above sea level.

All of this contributes to further cooling of the planet, crop losses and associated catastrophes. This is demonstrated in Roy W. Spencer’s book The Great Global Warming Blunder. Spencer is a Principal Research Scientist at the University of Alabama and was formerly a Senior Scientist for Climate Studies at NASA.

The most obvious way for warming to be caused naturally is for small, natural fluctuations in the circulation patterns of the atmosphere and ocean to result in a 1% or 2% decrease in global cloud cover. Clouds are the Earth’s sunshade, and if cloud cover changes for any reason, you have global warming — or global cooling.

These effects on cloud formation and climate as well as volcanoes and earthquakes are most pronounced during the transition periods into and out of the GSM, such as the period from now into the 2030s. 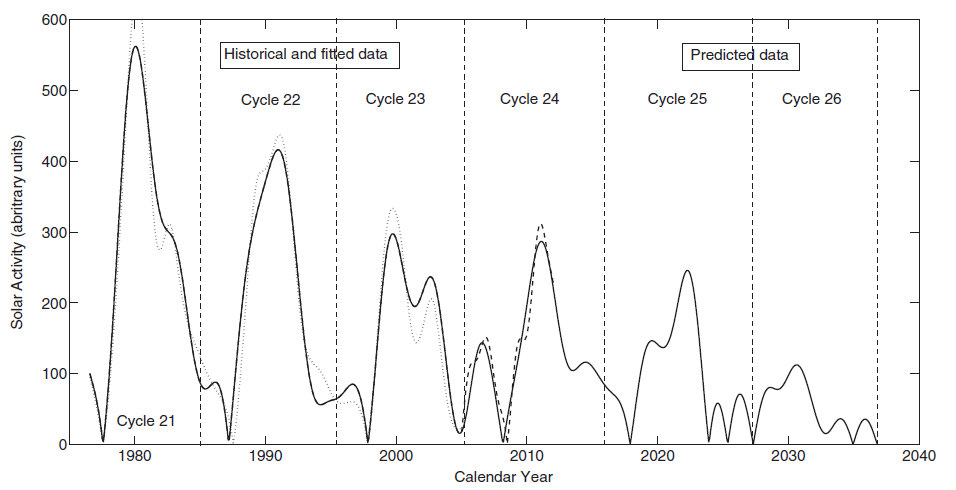 The complexity of this climate mechanism has been misunderstood by many researchers into Grand Solar Minima. Global cooling was thought by many to be direct result of the decline in solar irradiance, rather than a result of a complex set of dynamic factors involving Earth’s magnetosphere, atmosphere, biosphere and lithosphere.

The decline in energy output from the sun has a marginal impact upon global cooling during a GSM. The most dangerous impact upon Earth’s climate during a transition into a GSM is not the decline in solar output; it is the cooling effect of a layer of volcanic ash in the atmosphere due to the increased volcanic eruptions caused by cosmic rays. This has happened repeatedly throughout history. The last time it happened was 1816, the Year Without a Summer. This year of famine around the world was caused the eruption of Mount Tambora in Indonesia in 1815.

Studies have been carried out which indicate that the current rate of decline in solar activity is the fastest in 9,300 years. This indicates that the current GSM could be the most intense since civilisation began 6,000 years ago. There is every reason to believe that the current GSM, called the Eddy Minimum after American astronomer John A. Eddy, will be the most catastrophic in human history. It will most certainly cause profound changes to our way of life, driven primarily by a much increased difficulty in attaining the quality of food we are accustomed to.

There are researchers and scientists investigating what is ahead. A particularly helpful source of information is the Adapt 2030 YouTube channel. Despite the danger for those not prepared, the GSM represents an opportunity for humans to rediscover ways of life and types of community which can provide more meaning and fulfillment for all of us. The transition to that world, however, will be brutal.