The following report was submitted to Manuel Navarette at UFO Clearinghouse:

My friend and I were attending Lollapalooza last Sunday (August 6, 2017 at Grant Park) in Chicago, Illinois (located in Chicago’s central business district). As the concert ended and we were walking back to the hotel, we saw what looked like a giant bat flying just above the tree tops in the park. As we walked into a clearing we saw that this thing had landed and was looking directly at us with a pair of glowing red eyes. These eyes were brightly lit and a brilliant red. We both screamed which attracted the attention of a few people who ran up to us and saw this thing. This thing then spread its wings open and shot straight up into the air.

It flew above the tree tops and then disappeared into the darkness of the night. The strange thing, asides from this creature was that the park was absolutely silent after it left. No birds were heard, not even the sound of the city around us…just a bunch of scared people trying to make heads or tails of what the Hell we saw.

The creature was approximately 7 ft tall and was completely black. It had a pair of red eyes that glowed and when its wings spread open it must have been at least 10 ft across. These wings did not look like they had feathers but instead looked like what a giant bat’s wings would look like. It made no sound other than the sound of flapping once he got airborne and it was gone within four to five seconds.

The witness states that they left the Lollapalooza grounds at approximately 9:30 p.m. They were one of the last attendees to leave, in order to allow the crowds to thin out and make it easier to traverse to the hotel.

The witness and her girlfriend both reported that they were both talking and walking when they noticed something fly overhead. At first they paid no attention and assumed it was just a large bird. They continued walking for approximately 150 yd when they notice the creature in a clearing in the park. They stated that the creature looked like it was hunched over something when it noticed them and they were able to look at it face to face. They both agreed that it was about 5 seconds later that a group of people came up from behind and also saw the creature. They were all pointing and some were even shouting at it. It was at this point that the creature unfolded its wings and took off into the air. Both witnesses described the wings as membrane like just like a bat’s wings and about 7 – 10 ft wide from tip to tip. They say the creature shot up into the air with minimal effort and was gone within seconds.

When asked specific questions meant to misdirect, both witnesses stuck with the story they submitted. Neither tried to embellish and both specifically stated that they were sober and fully aware of their surroundings. Neither witness reported any adverse effects following the encounter or the subsequent days after. 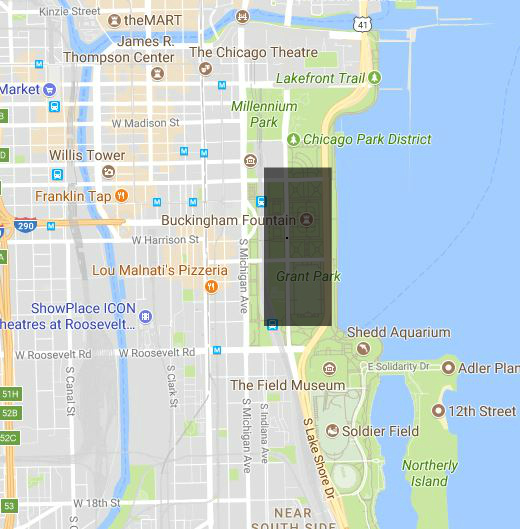 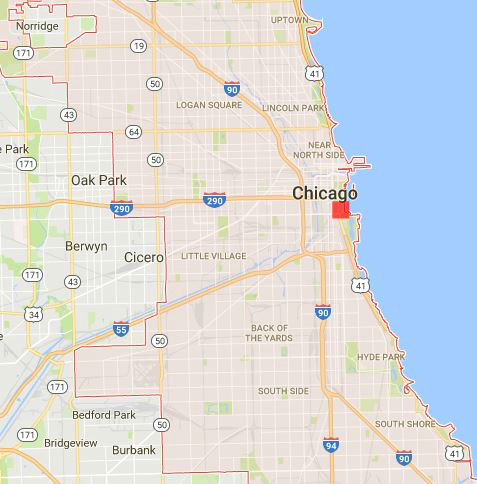 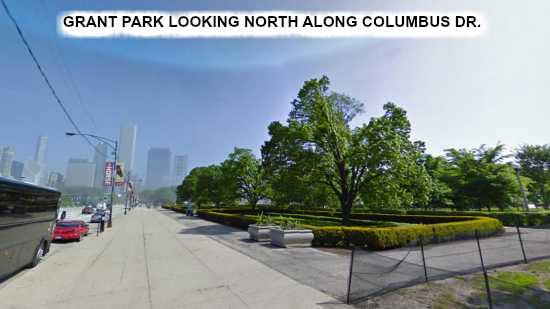 NOTE: This report mirrors many of the previous sightings. Again, we have no photo from the reporting witnesses…maybe one or two will eventually surface. I would really like to have corroboration as it pertains to this sighting…hopefully someone will ‘step up.’ Any updates will be included with this post. This sighting has been added to the Chicago Phantom / Owlman / Mothman / Man-Bat / Flying Humanoid Reports – Chicago Metro Area – Interactive Map

Have you had a sighting of a flying humanoid or huge bat-like creature in the Chicago, Illinois metro area or nearby? The entity has also been referred to as the ‘Chicago Phantom’, ‘Chicago Mothman’, ‘Chicago Owlman’ & ‘Chicago Man-Bat.’ Please feel free to contact me at [email protected] – your anonymity is guaranteed. Our investigative group is conducting a serious examination of his phenomenon. We are merely seeking the truth and wish to determine what eyewitnesses have been encountering. Your cooperation is truly appreciated. You can call me directly at 410-241-5974 as well.