Hey folks…I’m going to skip the ‘Daily 2 Cents’ post today and concentrate on the new Chicago Phantom encounter, plus whatever else comes our way today. It’s been fast & furious lately.

I received the following information by telephone early Thursday at 1:30 AM ET:

The encounter took place in the playground area of Indian Boundary Park in Bolingbrook, Illinois..a southwest suburb of Chicago. The witness states that she has a normal routine of walking in the park at night. On Wednesday, August 2, 2017 at approximately 10:30 PM CT (local time), the witness (who wishes to remain anonymous in the report since she resides in a tight-knit community) was in the playground area of the park when she came upon an 7-8 ft. tall being standing in the middle of a pathway. The witness initially thought that this was ‘two people embracing’ but was surprised at the height. She also noticed a sucking & slobbering sound coming from the being. She felt like she was being ‘drawn’ to the being…as well as feeling a sense of foreboding.

The witness grabbed her cellphone in order to capture a photo, but was shocked when the being slowly turned towards her. Overcome with fear, she quickly realized that this was not two people embracing, but a single tall, dark humanoid. The witness got the feeling that it somehow knew that she was going to take a photo and then reacted. She mentioned that she felt like she was being ‘lured’ towards the humanoid. The being had exceptional broad shoulders and looked like it was wearing a thick black unknown material. The head was human-like but quite small in size. She was within 15 ft. of the being, but never noticed any eyes or facial features. There was enough moonlight available, so she was able to get an excellent look at this being.

She immediately took another pathway in order to get away from the being, but soon started to experience intense weakness and fear. She had to sit and gather herself…while keeping an eye out for the being. Eventually she got to her feet and quickly followed another path home.

When the witness arrived at her home, she relayed the experience to her son, who recommended that they drive back to the park and see if the being was still there. As they approached, they drove around the location. Then the son noticed a large dark shadow emerge from and stood up at a nearby bush. He stated that it ‘peered’ at him, though he didn’t see any eyes or face. He just knew that it was watching him and that he was overcome by intense apprehension. They quickly headed home.

When they arrived at home, they were both very scared and upset…not knowing what to do. Should they report the incident to the local authorities or remain quiet? Eventually, they went online and found my contact information. When I talked to the witness, she was shocked at the number of sightings in the Chicago metro area. She had no knowledge of any of the previous incidents. It was quite obvious that she was still very scared and was afraid that the being may know where she lives.

I asked the witness to keep in contact with me if she has another experience, hears of any other sightings or remembers further details. 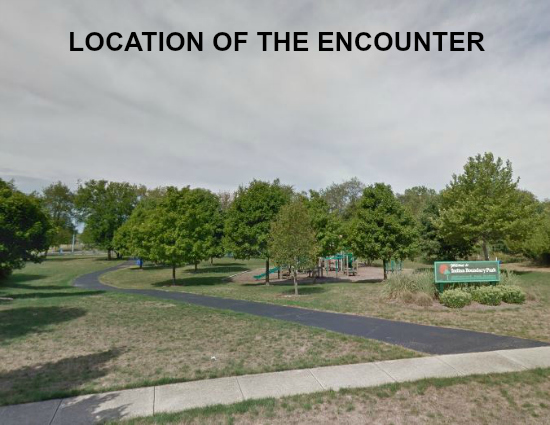 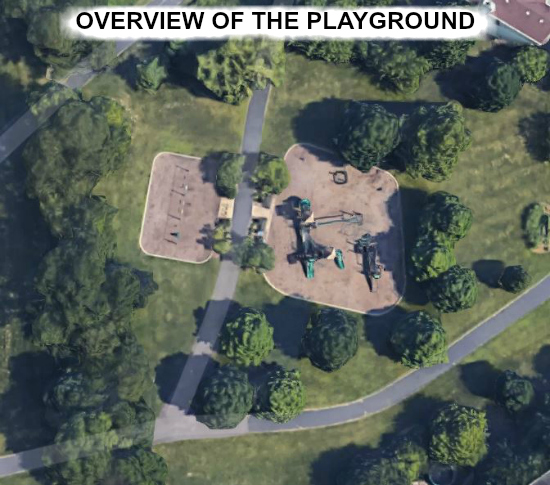 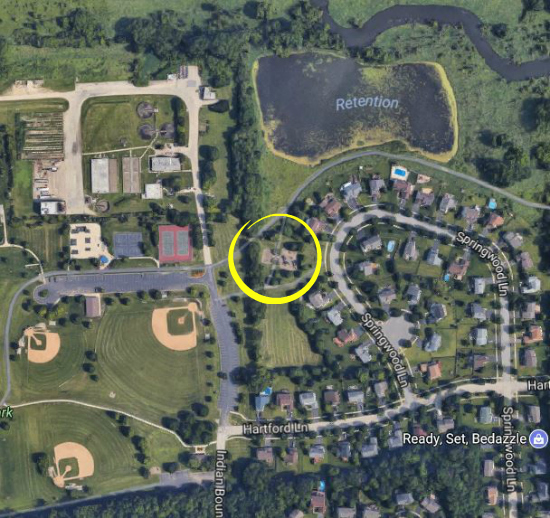 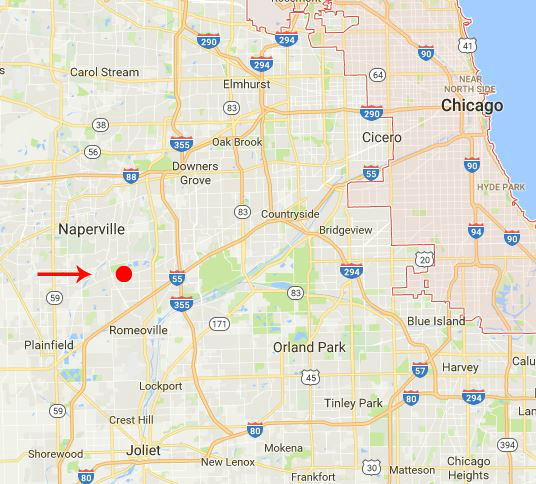 NOTE: The park is a large complex nearby a school and subdivision along Springwood Lane. I asked the witness if the covering may have been membrane-like wings wrapped around the body…in which she acknowledged in the affirmative. I have talked to several witnesses by telephone during this wave of sightings, but it was obvious that this witness was literally terrified by what she had experienced.