Dubai Police have unveiled its very first robot officer, and it’s already being sent out on patrol. 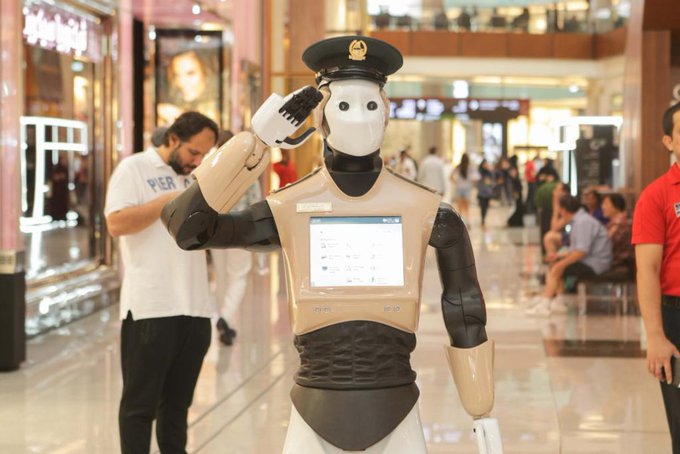 The public will be able to use the robot to report crimes, get local information and even pay fines all through a touchscreen that’s built into its chest.

It’s important to note, these robots won’t be replacing human beings, instead Dubai Police see them as an extra tool that can be utilised in public spaces and tourist hotspots.

As such its first assignment will including patrolling the enormous Dubai Mall.

The robot in question is a modified Reem built by Pal Robotics.

Designated a ‘humanoid service robot’ the Reem is capable of speaking in Arabic and English, although its creators say it can speak in up to nine languages.

The wheeled robot weighs around 100kg and stands at about 5ft 6inches in height.

It can be controlled remotely via an Android tablet but Reem is also completely autonomous, able to navigate environments of its own accord.

It has an 8 hour battery life and can perform a variety of actions including shaking people’s hands, making jokes and recognising faces.

While Reem won’t be chasing down criminals anytime soon, this is certainly a considerable step towards law enforcement utilising robots as part of its everyday workforce.