11 Mysterious Ancient Underground Worlds That Remain Unsolved To This Day

Many of these remarkable underground worlds remain shrouded in mystery because we have not been able to locate them yet. There are also fascinating very old underground tunnels, caves and cities that have been discovered, but the history behind them remains unsolved because we have no idea who built them and for what purposes.

In this article, MessageToEagle.com has put together a list of 11 most mysterious underground ancient worlds that remain unsolved to this day. Some of them are real. Some haven’t been found yet and perhaps some are never meant to be located…

The lost labyrinth, full of hieroglyphs sculpted for eternity in its endless stone walls is believed to contain all knowledge of ancient Egypt.

What secrets does this legendary giant underground complex contain?

Could this be the most important discovery in human history?

The Labyrinth of Egypt has been described by a number of ancient writers such as Herodotus, Strabo, Diodorus, and Pliny. This legendary complex, named the “Labyrinth” by the ancient Greeks was legendary complex is believed to be an enormous collective tomb of the twelve kings who built it and a resting place for sacred crocodiles

A research team was able to prove that the Labyrinth exists, but this amazing discovery was never heard of because the Egyptian government opposed the outside world should learn about the findings. Read more 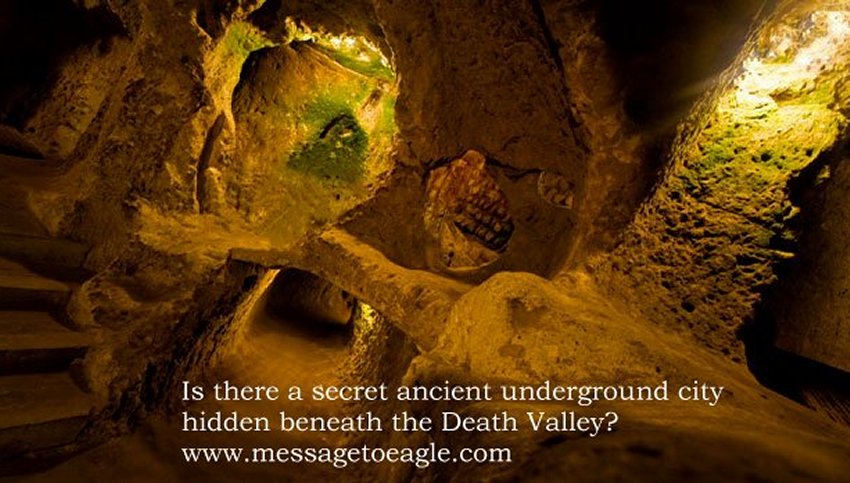 The idea that there could be a secret 5,000-years-old underground city hidden somewhere beneath Death Valley, California is fascinating.

According to those who entered the subterranean tunnels and visited this marvelous place the city was once inhabited by an unknown race.

Now, thousands of years later the place had been abandoned, but the visitors saw strange mummies and curious old artifacts.

It is possible that such a mysterious underground world exist beneath the Death Valley? Where is it located? Who was this strange and unknown race that once dwelled underground?

Could they have been the Serpent People?

Before we can enter the realms of this mysterious subterranean world, we must first listen to the words of the Paiute Indians who have legends describing an underground world few people have heard of.

3. Lost Underground City Of The Grand Canyon – An Archeological Cover-Up? 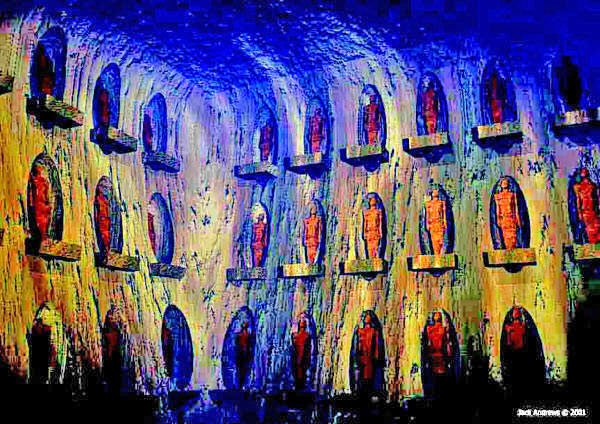 Did an ancient lost civilization once live in a secret underground city below the Grand Canyon?

Will the mystery of the lost subterranean city ever be solved?

Ever since an intriguing article reporting the discovery of a great underground citadel of the Grand Canyon appeared in the Arizona Gazette in 1909, scientists have debated whether the story is true or a hoax. Several alternative history authors and researchers, among them David Hatcher Childress believe the discovery did occur and this is yet another archaeological cover-up.

4. Highly Sophisticated Underground City Of Derinkuyu – Who Were The Master Builders? 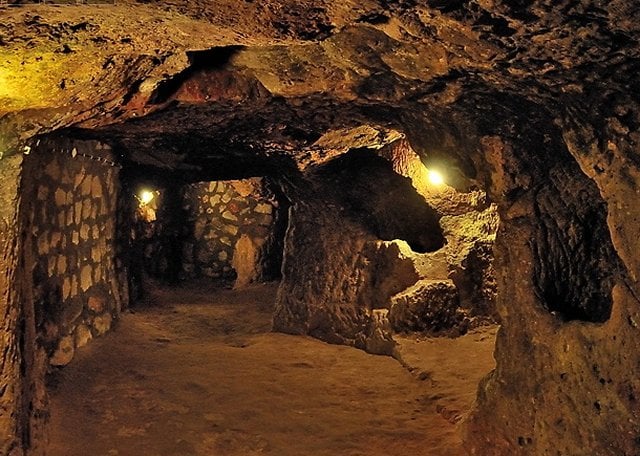 In 1963, approximately 50 miles (30 km) south of Nevsehir, Cappadocia, Turkey, Omer Demir stumbled across a deep hole (in Turkish: derinkuyu) that led to a steep path leading deeper down to passages, niches amd shafts dug into the bedrock.

After intensive excavation, it became clear that Derinkuyu was an entire city complex built in that hole beneath the surface.

The community had a most sophisticated infrastructure and the accommodation built there was obviously meant for long periods of time.

What kind of tools did the builders use?

If we assume that the entire complex was built using tools that exceeded the capabilities of the Turks of the period, so who were the builders of the underground city of Derinkuyu?

5. Ancient Lost City Found Beneath Missouri: Yet Another Archaeological Cover-Up? 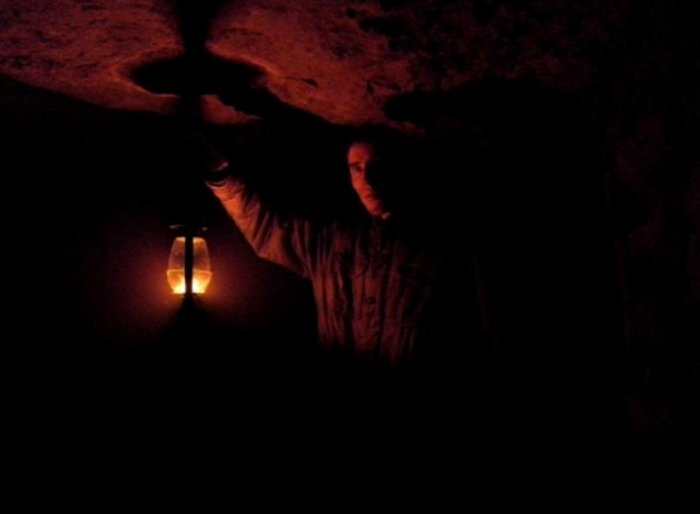 It is a remarkable discovery! This ancient lost city could be several millions of years old!

Did giants inhabit the nameless and forgotten city discovered beneath Missouri?

What happened to the very large human bones that were unearthed? Are we facing yet another archaeological cover-up?

On April, 1885 a very interesting article appeared in The New York Times. Readers were informed that Mr. David Coates, the Recorder of the City of Moberly, and Mr. George Keating, City Marshal discovered an ancient wonderful lost city beneath Missouri. The city was found at the bottom of a coal shaft 360 feet deep, which was being sunk near Moberly in Randolph County, Missouri.

6. Something Ancient And Unknown Is Hidden Inside A Huge Underground Structure In Japan: Mystery Of Mt. Tsurugi Deepens 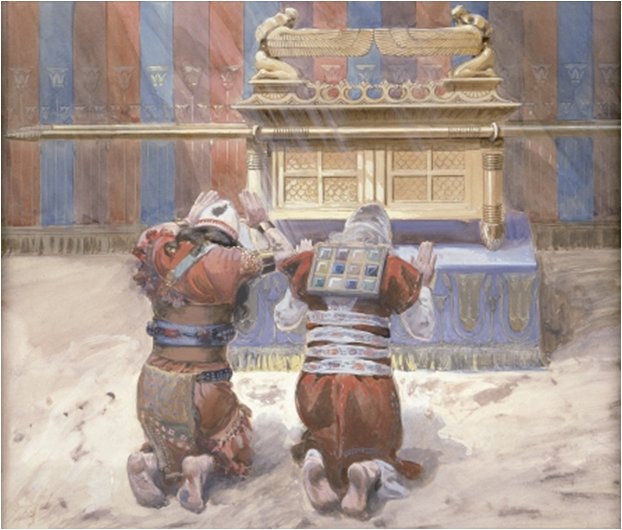 While excavating at the mountain, scientists came across something ancient and unusual hidden deep inside an underground structure. Soon, all excavations were stopped.

Is an ancient unknown civilization or a priceless prehistoric treasure buried beneath Mt. Tsurugi?

Mt. Tsurugi, also known under the local name “Ken-zan”, is regarded as a sacred place.

In 1936, Takane and a group of archaeologists started to excavate at Mt. Tsurugi. The project continued for three years. During a period of three years, they dug up and found several stone artifacts, paving stones, a brick arch, and evidence of tunnels. The discoveries helped lend credibility to Takane’s theory that ancient people modified the peak of Mt. Tsurugi in order to hide something significant. 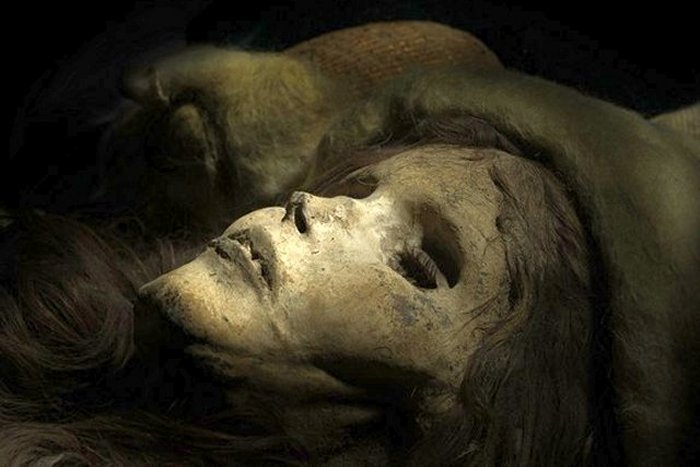 Ancient people believed that once you entered this place there was no way out.

A very long time ago, there were houses and temples here. Today, everything is buried under the sand.

Precious ancient relics are hidden deep under the “Sea of Death”, or the Taklamakan desert.

Archaeologists are beginning to discover some of the secrets that have been hidden in this mysterious region. Still, it seems that we are only scratching the surface and only time will tell what more wonders are waiting to be unraveled.

The Taklamakan desert is the largest desert in China and it is also considered to be the world’s second largest shifting-sand desert covering an area of over 33, 700 square kilometers (over 13,000 square miles). In Uigur language, Takla Makan means ‘you can get into it but can never get out’ and that is why the desert is also called ‘the Sea of Death’.

8. Hyperborea Or Atlantis Ruins: Underground Secrets Of The Sacred Lake On The Arctic Circle 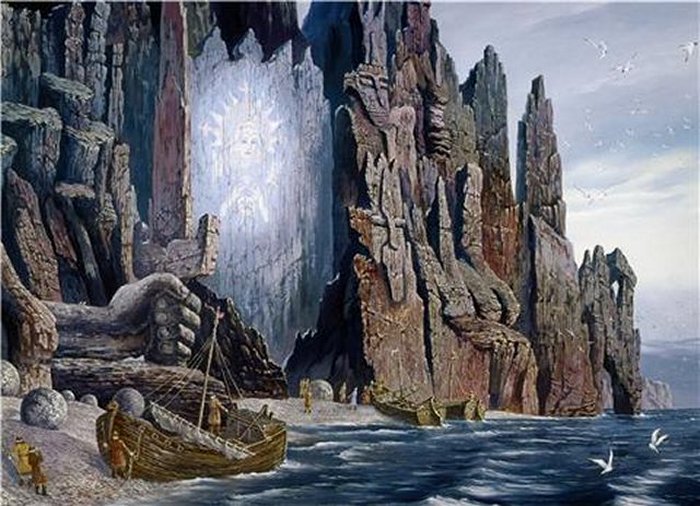 Some researchers believe that the ruins of an ancient observatory and mysterious rock inscriptions in Russia’s Northwest are vestiges of the ancient Hyperborea civilization, a sacred land similar to Shambhala or Atlantis.

Lake Seydozero – “the sacred lake” in the language of the indigenous Sami people – is one of the most mystical places in Russia’s Northwest and the Kola Peninsula.

It is protected by Kuiva the Giant, “old man, giant, wizard” – a gigantic figure impressed on a rock.

The figure is visible as a 100-meter silhouette on the cliff of the mountain Kuivchorr. 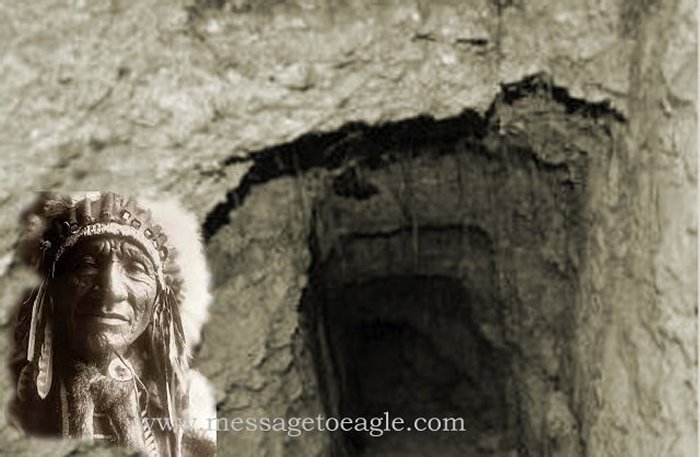 There is a strange story among Sioux Indians about an old man of their tribe whose name was the White Horse. One day, while participating in bison hunting in areas of today’s California, the White Horse found an unusual opening in the rock. He followed this opening and suddenly he found himself in a long tunnel-like passage.

He slowly continued to move through the tunnel until he noticed very weak, greenish light in the depths of the passage. Still walking through the tunnel, the White Horse encountered two strangers; a white skin man and a woman with golden-blond hair, both sitting in the middle of a large hall….

10. Mystery Of The Strange Underground Pyramid In Italy 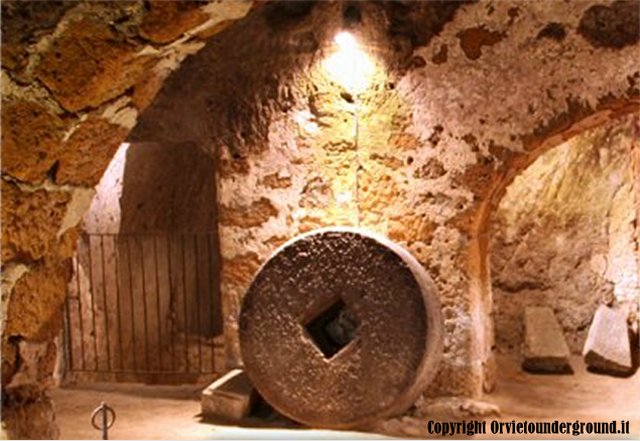 Deep beneath the city of Orvieto, Italy, there are a series of underground structures connected by tunnels. According to sources, during the 6th- 4th centuries BC, the town of Orvieto was a culturally and economically developed Etruscan city.

A strange pyramidal structure – the function of which remains a mystery – was discovered beneath the historic medieval town of Orvieto, Italy by an international team of archaeologists led by Prof. David B. George of St. Anselm College and co-director Claudio Bizzarri of PAAO and colleagues.

Excavations conducted at Coriglia near Castel Viscardo, a town located at the southwest edge of Umbria approximately eight miles northwest of Orvieto, southwestern Umbria, Italy, concentrate on a series of pyramidal hypogea beneath the city of Orvieto as well as a survey of Etruscan tombs in Castel Georgio. 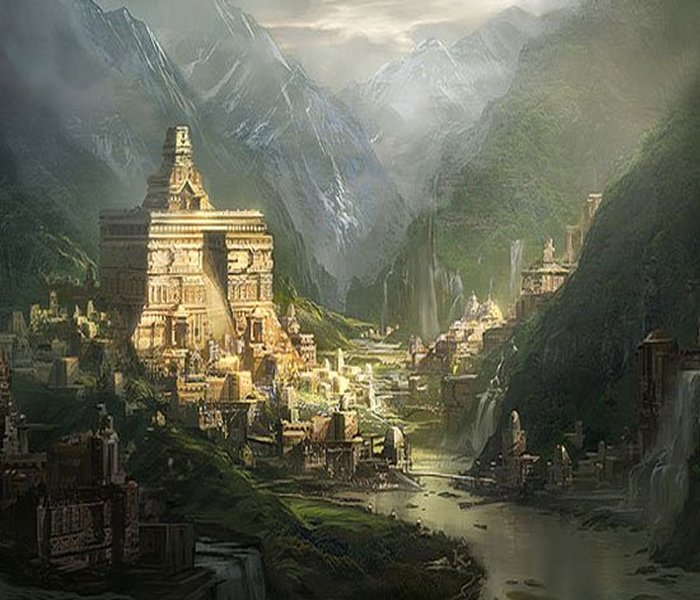 Is a secret ancient underground world hidden in Tibet? What did the three-eyed Lama encounter while passing through countless underground corridors, halls and stairways?

Who were the mysterious subterranean beings who spoke to the Lama and what extraordinary knowledge did they reveal to him?

In his autobiographical novel “The Third Eye”, T. Lobsang Rampa Lama spoke about visiting remarkable underground structures such as caves, created by nature and man-made tunnels and cavities that were located under the Palace, the residence of the Dalai Lama in the Potala , in the Tibetan capital Lhasa.

Passing through countless underground corridors, halls and stairways, he went to a huge niche. “At the center of the niche was black house. Its walls were covered with strange symbols and diagrams. Inside the house, there were three open sarcophagus made of black stone, decorated with paintings and mysterious inscriptions.

One of the abbots, pointing to those who lay in the sarcophagus, said: “My son, look upon these. They were gods in our land in the days before the mountains came. They walked our country when seas washed our shores, and when different stars were in the sky. Look, for none but Initiates have seen these.”

Did Rampa Lama witness deceased individuals of extraterrestrial origin? Were these beings those who later became worshipped as gods?

According to Rampa Lama, these individuals were ancient giants.