CIA launches manhunt for Wikileaks mole who exposed how the agency spies on smartphones, smart televisions and computer systems

The CIA and the FBI are currently in the midst of an intense manhunt for a mole inside the spy agency who is believed to have leaked sensitive documents to WikiLeaks, according to a report on Wednesday.

The joint investigation is focusing on either a CIA employee or contractor who had access to thousands of top-secret documents about its methods of hacking into smartphones, smart televisions, and computers, according to CBS News.

The investigation is currently focusing on the names of hundreds of individuals who may have had access to the materials.

Last week, CIA Director Mike Pompeo made his first public remarks about WikiLeaks, the anti-secrecy organization that published the documents.

‘It’s time to call out Wikileaks for what it really is, a non-state hostile intelligence service often abetted by state actors like Russia,’ Pompeo charged as he spoke at the Center for Strategic and International Studies Thursday. 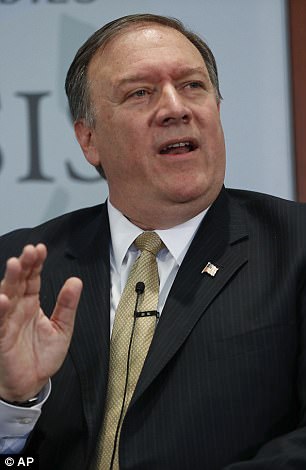 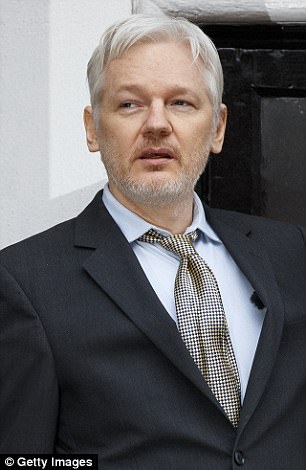 As long as they make a splash they care nothing about the lives that they put at risk or the damage they cause to national security,’ Pompeo said of the duo.

The CIA was targeted by Wikileaks last month, as Assange and company published thousands of documents, which detailed the agency’s hacking abilities, turning everyday items like phones and smart TVs into devices that can snoop on targeted individuals.

During his remarks, Pompeo noted how Wikileaks was encouraging its ‘followers’ to work for the CIA, in order to steal secrets.

He also pointed out the link between the GRU, Russian military intelligence, and Wikileaks, explaining how the latter published information given from the former, stolen from ‘U.S. victims’ at the Democratic National Committee.

The remarks were ironic given that Pompeo’s boss, President Donald Trump, said during the campaign that he ‘loved’ WikiLeaks when it was hacking into the emails of top associates of his opponent in the election, Hillary Clinton.

Pompeo was particularly annoyed by an Assange editorial that ran in the Washington Post Tuesday, in which the Wikileaks founder likened himself to Thomas Jefferson, Dwight D. Eisenhower and legitimate journalists from the New York Times and the Post.

‘He knows nothing of our third president whose clarion call for life, liberty and the pursuit of happiness continues to inspire us and the world,’ Pompeo said of Jefferson.

‘And he knows nothing of our 34th president, a hero, from my very own Kansas, who helped liberate Europe from fascists and helped guide America through the early years of the Cold War,’ Pompeo continued, this time referencing Eisenhower.