A new vaccine-based treatment for HIV has succeeded in suppressing the virus in five patients, raising hopes further research could help prevent Aids without the need for daily drugs.

Researchers combined two innovative HIV vaccines with a drug usually used to treat cancer in the trial, conducted over three years at the IrsiCaixa Aids Research Institute in Barcelona.

After receiving the treatment, the virus was undetectable in five out of 24 participants and its spread was stopped by their immune systems, reported the New Scientist. One of them has been drug-free for seven months.

Lead scientist Beatriz Mothe said her team was “on the right path” to developing a treatment which could offer an alternative to daily antiretroviral medication (ART).

Around 18 million people – half of all those living with HIV around the world – take ART to slow the progression of the infection, according to the UN.

But these drugs are expensive and can cause unpleasant side effects. Patients have to remember to take them every day, sometimes over their entire lives.

Mitchell Warren, executive director of the Aids Vaccine Advocacy Coalition (Avac), said the study had been carried out on a small scale but its findings were “interesting and important”.

“Long-term systems that don’t require daily pill taking could really help accelerate getting 37 million people with HIV undetectable and not infectious – that would be a great opportunity to turn the tide on the epidemic,” he told The Independent. 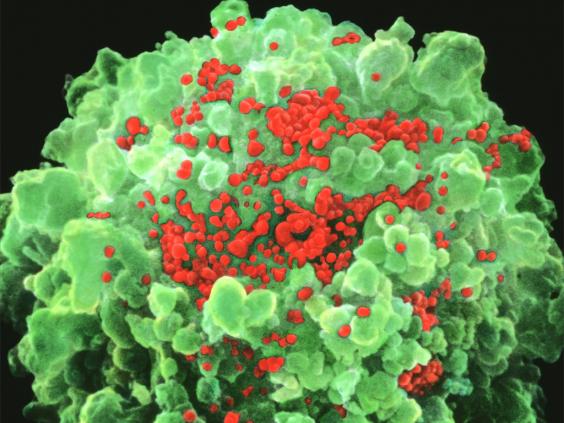 Mr Warren said this was an example of a therapeutic vaccine, for people already infected with the disease, as opposed to preventative immunisation for diseases such as polio or mumps and measles.

“The idea of a therapeutic vaccine that could provide ongoing control of the virus without having to take a pill every day would be a huge advance,” he said.

Dr Mothe and her team gave the patients, all recently diagnosed with HIV, two vaccines designed to stimulate the production of white blood cells which can recognise and destroy cells that have been infected by the virus.

The trial participants continued to take ART for three years, while the researchers monitored their immune responses.

Then 15 of the participants received a booster dose of one of the vaccines and a cancer drug called romidepsin, which has been shown to ‘flush out’ the HIV virus from tissues where it can lie dormant.

The virus quickly returned and began to spread again in 10 of these patients, who resumed taking ART, but five of them have been free of the virus with no need to take daily drugs for a number of weeks, and in one case for seven months.

In 2015, providing ART to patients in low to middle-income countries cost $19 billion (£15 billion), according to the New Scientist, meaning huge savings could be possible if further research is successful.

More than 100,000 people are living with HIV in the UK, according to the Terrence Higgins Trust.