Our relationships with and access to music lie between rocks and hard places; the rocks that own it, the hard places that distribute it to us. Those relationships are constantly evolving, and to figure out what might come next, we’ve combed through the recent earnings statements of some of the largest record labels and tech companies to reveal how they’re preparing for 2017 and beyond.

Musicians and labels have had to adjust to a world where they hold less control, because of the ways we listen now. Where once music distribution centered mostly around record stores, or radio disc jockeys — with whom musicians and labels typically had more symbiotic relationships — they’re now forced to work with companies like Apple, Facebook and Google — for whom music is a cherry, not the sundae — and streaming companies like Spotify, who now hold sway over huge portions of their bank statements.

These tech companies will also control distribution channels that have yet to manifest — like virtual and augmented reality technologies, as well as “high resolution” music, which was mentioned on Warner Music’s earnings call Wednesday and which another major label source told NPR last week is a major priority in this year, and years, to come. (These companies are barred from collusion, but often reach the same conclusions at similar times.) Where tech has the platform, labels — for better and worse — have the content tech needs to make those platforms rich, emotionally and otherwise.

Consolidation is expected this year in the streaming industry, as presaged by Sprint’s recent purchase of a third of Tidal, the streaming service that Jay Z purchased in 2015 for $56 million. Pandora also has been tipped as an acquisition target by SiriusXM, though Pandora seems keen to see how its forthcoming Spotify competitor, Pandora Premium, fares before any organizational capitulation.

Record companies want as many outlets (think Spotify, or the app Music.ally) as possible using their music, in part to avoid the market domination that Apple had with the iTunes Store starting in 2004, and in part to keep pricing for their music catalogs competitive. However, tech companies have their own leverage, in the form of billions of “captive” users. The hands wash each other and the tendrils of industry are labyrinthine. (This very long, very dense piece on antitrust and Amazon from The Yale Law Journal is a fascinating breakdown not just of Amazon, but of the many problems facing tech’s primacy, regulation and the laws around it.)

Over the past week, the companies below have either shared their most recent financial statements (except for Snap Inc., which filed a comprehensive internal breakdown ahead of its $18 billion IPO). These statements (along with tech’s activity over the past year and conversations we’ve had with them) give us a look at the proverbial tea leaves and where we fall between the hard place and the rock. 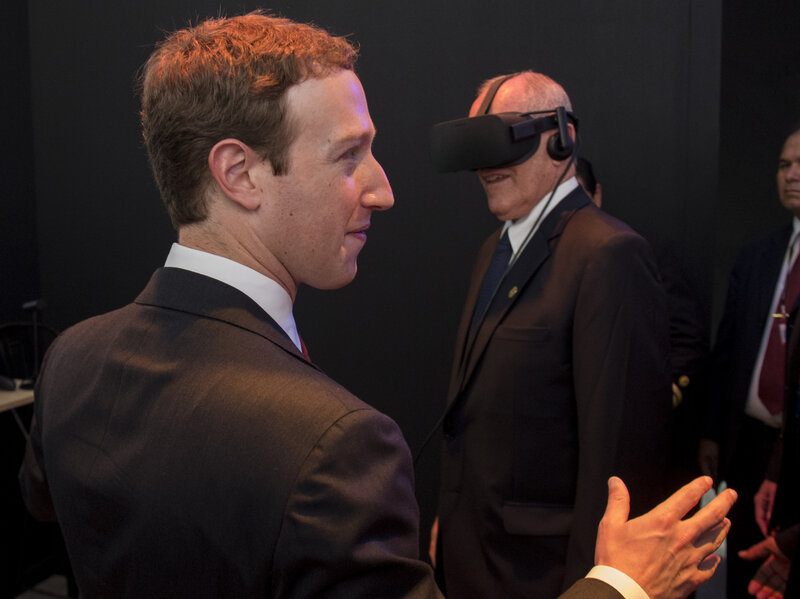 The financials of the world’s most-used streaming service are a notoriously elusive commodity — the company files in the spring, in Luxembourg, in French, and makes it a point not to announce them — but two things over the past day alone and one as-yet-unannounced move indicate where the company’s head is at. Last things first, its partnership with AccuWeather, which yielded a study on how weather affects listening patterns. Next, two as-yet-unannounced podcasts exclusive to the service, one on music supervision (the work of selecting and licensing songs for television and movies) and the other about hip-hop record executive Chris Lighty. Finally, and most importantly, the deal it announced Wednesday with the New York Times, where new digital subscribers will receive a year of Spotify Premium for free. Taken together, along with past initiatives like its “elastic” running songs, show the market leader intends to keep pushing the envelope with data — but not with exclusive music content, as founder Daniel Ek has made clear. (Just podcasts, apparently.)

Last year, Apple Music banked heavily on releases exclusive to it, including Frank Ocean’s highly anticipated Blonde. However, likely due to an inspired bit of contractual gymnastics on Ocean’s part, exclusives were subsequently banned by Universal Music CEO Lucian Grainge. Despite that, Apple executives described platform-specific exclusives like Blonde as working “really well for everybody concerned — they’re great for the label, they work for the artist and for us.” To that end, it announced that Apple would be the home for Carpool Karaoke, a massively successful segment that started on The Late Late Show With James Corden. (Adele’s turn has been viewed 145 million times as of this writing.) This will also, serendipitously, benefit Apple TV.

Apple’s streaming service, Apple Music, has emerged as Spotify’s primary competitor, but from the outside is financially inextricable from other business segments of the Cupertino tech giant; Apple Music’s reports are bundled with other “services,” like its consumer insurance product AppleCare and Apple Pay. Regardless, it is a success, at least culturally. Apple Music now claims to have 20 million subscribers since launching in June 2015. Its “services” arm was up 22 percent between 2015 and 2016, from $19.9 billion to $24.34 billion.

As anyone who has seen the traffic report from any digital publisher of articles knows, Facebook’s dominance of media distribution on the web is near total. As such, even small moves make big waves. And, while “music” wasn’t mentioned once in last week’s earnings call, the hiring of Tamara Hrivnak last week to lead, as she posted on Faceook, “global music strategy and business development,” is a crystal clear indication that it will no longer sit on the sidelines when it comes to music. As Recode reported, Facebook plans to focus more on “high-quality” video. It wouldn’t be shocking to see the company partner with video companies (like the music-focused Vevo, for instance) and music rights holders to host longer-form series, like Apple is doing with Carpool Karaoke.

YouTube is the world’s largest streaming service, by consumption, but remains the black sheep among those services for what the recording business says are lower-than-fair values for their work on it. A source with knowledge of the negotiations described them as routine, despite unrelenting attacks on it last year from various industry stakeholders over a perceived “value gap” between what YouTube pays for music streams versus what music services like Spotify (sometimes referred to as “pure-play” services) return to the recording industry. As a source pointed out to NPR last week, that value gap has been increasing as more people consume more music on the site. YouTube brought on veteran label executive Lyor Cohen in early December as its global Head of Music.

With the success of Echo and the ease of use between it and the company’s own streaming service, Music Unlimited, as well as Amazon’s variegated entertainment investments, Jeff Bezos’ e-commerce giant will continue to aggressively expand. 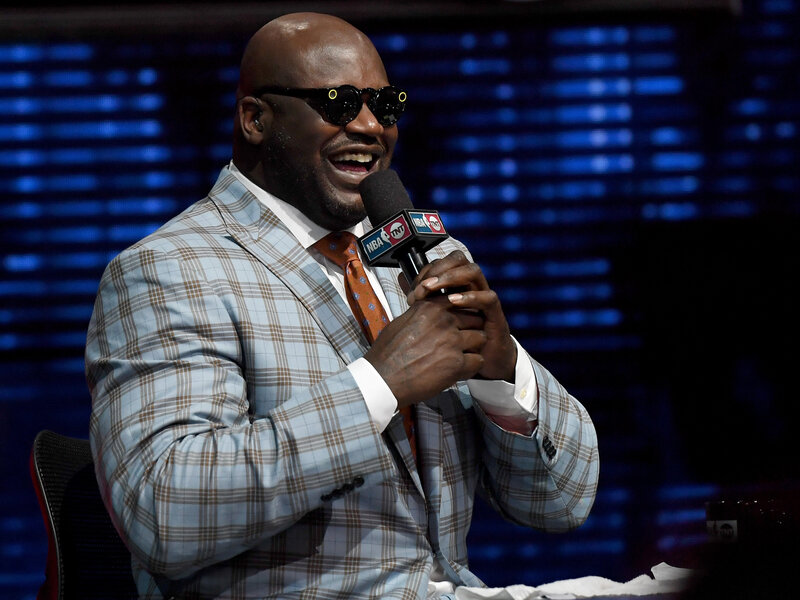 Shaquille O’Neal laughs as he tries a pair of Snapchat Spectacles during CES on January 5, 2017 in Las Vegas, Nv.

“Prime members engaged with the Prime digital benefits at a voracious rate, more than doubling the number of video, music, and reading activities compared to 2015,” Amazon writes in its fourth-quarter earnings, released Feb. 2. The company has had an impressive year with its cultural work, winning two Golden Globes and drawing seven Academy Awards nominations, including a Best Picture nod for Manchester By The Sea.

In its earnings call on Feb. 7 Warner Music — which is owned by Len Blavatnik’s Access Industries — says it made $1 billion from streaming in 2016 (as much as YouTube paid the industry worldwide that year), and pointed to new music from Bruno Mars and Ed Sheeran as key to its revenues in the coming year. It also cited, as mentioned above, virtual and augmented reality and high-resolution music as promising new sources of revenue over the coming year and beyond.

Warner Music reports it made 8.1 percent more from records than it did over the same period in 2015, with $917 million in total revenue, $311 million of which came from streaming services.

Sony Corp., which owns both major label Sony Music (home of Adele and Beyoncé, among many many others) and Sony/ATV, the world’s largest music publishing company (responsible for administering and exploiting compositions, which are legally separate from the sound recordings that record labels, like Sony Music, sell) reported sales down slightly in its third quarter, to $1.49 billion. That the company is about to get a new CEO — Rob Stringer, who is moving up from the reins of Columbia — after many years of being run by a legacy executive will no doubt bring fundamental change to the company. Sony Music’s recorded music revenue dropped 12.8 percent between 2015 and 2016, to $990 million. Of that, $364 million was generated by streaming services. Sony’s music operations were helped this past quarter not by music sales but rather thanks to a video game, Fate/Grand Order. (That the company folded animation and mobile video games into music is a little strange, and seems to do little more than obfuscate the health of its music operations.)

While the relationship between an amorphous social platform like Snapchat and music may seem tangential, a tech company worth tens of billions and that holds the attention of 150 million young eyes daily, and with a nascent hardware business to boot, will inevitably interact with music, as any youth-oriented concern must. (In fact, founder Evan Spiegel, as the hack of Sony Corp. revealed, had expressed interest in starting his own record label.)

In a 118,000-word filing with the Securities and Exchange Commission, Snap Inc., the recently formed parent company of social media platform Snapchat, explained itself — even its famously inscrutable app — ahead of an initial public offering. Notably, it writes that “Snap Inc. is a camera company,” and defines Snapchat itself as a “camera application.” (The only camera it has released for sale are a pair of well-reviewed “Spectacles,” released surreptitiously in vending machines in Los Angeles and New York.) It is, of course, more than that.

Cost of revenue, which includes licensing deals for content from publishers like BuzzFeed as well as failed content partnerships like the one it cancelled with Warner Music Group, was about $451 million in 2016. The company as a whole posted a net loss last year of $514 million. Spiegel stands to make $3.7 billion from his 227 million shares once the company goes public — plenty of money to play with.

(And, not for nothing, the former CEO of Sony Entertainment, parent of Sony Music, is now the chairman of Snap Inc.’s board.)