Should Cell Phones Have Warning Labels 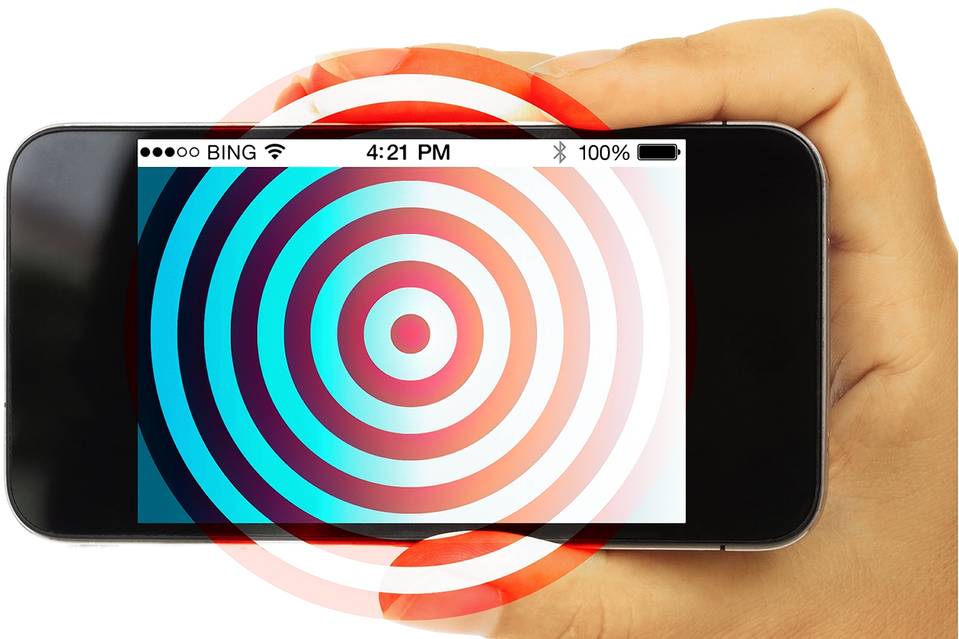 We press them against our ears every day, often for hours. We carry them around with us in our pockets, front, rear and breast.

In short, we do lots of things with our cellphones that we’re not supposed to do, according to the warnings and instructions for proper use that typically come with these products in one form or another.

Whatever studies one believes, some concerned observers believe that cellphone companies should make a more assertive effort to warn consumers of the possibilities of such risks. And one way to do that, these advocates say, is with a clearly printed label on the outside of the device.

Or would that, as some others argue, just unnecessarily scare customers away from a product whose possible threat to public health is not certain?

Joel M. Moskowitz, Ph.D., a researcher and the director of the Center for Family and Community Health in the School of Public Health at the University of California, Berkeley, believes that such labels are needed. Arguing that warning labels aren’t called for is Larry Junck, professor of neurology at the University of Michigan Health System.

YES: Consumers Should Be Alerted to the Possible Risks

Cellphone use in the U.S. has mushroomed over the past two decades. But the industry falls seriously short in its efforts to provide cellphone users with information about the health risks associated with their choices and ways they can minimize possible harm.

Exposure to radio-frequency, or RF, radiation is a major risk of cellphone use. Manufacturers have a legal duty to provide warnings that are clear and conspicuous when products raise health and safety concerns. But, typically, RF safety instructions are buried in user manuals with tiny print, hidden within smartphones, or made available on the Internet.

There have been numerous calls for clearer warnings. The Environmental Working Group and 11 other consumer groups in 2013 submitted a letter to the Federal Communications Commission calling for better disclosure about the risks of RF emissions. The American Academy of Pediatrics, representing 60,000 physicians, submitted a similar letter. Consumer Reports in 2015 recommended that cellphone manufacturers “prominently display advice on steps that cellphone users can take to reduce exposure to cellphone radiation.”

While the research is not conclusive, higher-quality studies show that mobile-phone use is associated with brain-tumor risk and reproductive harm. In 2011, for example, the World Health Organization’s International Agency for Research on Cancer, or IARC,declared RF radiation “possibly carcinogenic” based on evidence of increased brain-tumor risk.

By 2016, we have evidence from more than a dozen epidemiological studies that heavy cellphone users, usually over long periods, 10 years or more, face increased risk of malignant and nonmalignant brain tumors.

The U.S. incidence of nonmalignant brain tumors has increased in recent years, especially among adolescents and young adults. It’s unlikely the increase was entirely due to improved detection because, according to one review, we would expect to see a plateau, then a reduction in incidence, which has not occurred. The most serious type of brain cancer has increased in parts of the brain near where people hold their phones. Observations that overall increases in brain cancer were not seen after the introduction of cellphones merely serve to illustrate that there can be a considerable lag between exposure to a carcinogen and the cancer’s diagnosis.

Skeptics about the risks of cellphones often cite studies that are flawed. They ignore evidence in a 2014 review of 10 studies associating exposure to cellphones with reductions in sperm motility and viability. And while some have argued that the IARC did not have adequate evidence to classify RF radiation as “possibly carcinogenic,” the IARC is considered the gold standard for making such determinations. Last year, 220 scientists who have published peer-reviewed research on the effects of electromagnetic fields signed an appeal to governments to strengthen consumer disclosure and RF radiation standards citing “numerous recent scientific publications” showing effects of such fields on living organisms.

As for people who claim there is no mechanism to explain how cellphones cause cancer, in 93 out of 100 laboratory studies, low-intensity RF radiation was found to cause a cellular-stress response which can lead to carcinogenicity.

Insurers are paying attention. Lloyd’s, the London insurance market, in a 2010 report on emerging risks, took no position on whether cellphones cause harm, but warned that scientific and legal developments could change the insurance climate, as occurred with asbestos. Similarly, Swiss Re AG in 2013 identified “unforeseen consequences of electromagnetic fields” as a leading risk for the industry. Concerns about the cost of potential claims against the cellphone industry have led some insurers to exclude coverage for claims related to electromagnetic fields in their commercial general liability policies.

Even before we had scientific consensus about the public health threat from tobacco, Congress mandated warning labels on cigarettes in 1965.

The public has a right to know that cellphone radiation exposure can be reduced by keeping devices away from the head and body, and by using a speakerphone, wired headset, or text messaging.

Dr. Moskowitz is a researcher and the director of the Center for Family and Community Health in the School of Public Health at University of California, Berkeley. Dr. Moskowitz, a Ph.D., has a website on electromagnetic-radiation safety. He can be reached [email protected].

NO: The Risk, if Any, Is Not Great Enough to Warrant It

Each year, about 78,000 Americans are diagnosed with a malignant or benign brain tumor. These lead to about 17,000 deaths—seventh among deaths due to cancer. As a physician kept busy caring for people with brain tumors, I would like nothing more than to see some of these tumors prevented.

Unfortunately, a label warning purchasers of cellphones about an unproven brain-tumor risk would not be a step toward that goal.

Also, there is no known scientific mechanism by which mobile phones might cause brain tumors. For carcinogenic chemicals and other environmental causes of cancer, we can generally show that these cause mutations in DNA or changes in other molecules, sufficient to explain the resulting cancers. However, radiofrequency emissions such as those emitted by cellphones generally pass through tissues without causing these effects.

One of the largest studies, the Interphone study done in 13 countries and published in 2010, showed no increase in risk in its primary analysis. A widely criticized secondaryanalysis showed that among the 10% of subjects who recalled the highest usage, incidence of glioma (the most common of serious brain tumors) was increased by 40%—of marginal significance due to the small number of tumors in the secondary analysis. Based largely on this study, WHO’s International Agency for Research on Cancer classified radio-frequency electromagnetic fields as “possibly carcinogenic” in humans, a category that includes coffee and pickled vegetables. Many experts have expressed opinions disagreeing with this classification because of the lack of good evidence supporting it.

Other conceivable risks of RF have also been studied. An example is effects on sperm. A meta-analysis of many studies looking for an association of cellphone use with changes in sperm reported that one of three variables studied, sperm motility, shows a small but statistically significant relationship. But the authors do not indicate how sperm development might be affected by RF from cellphones, considering that RF emissions are concentrated near their source and that cellphones are generally held far from the scrotum while in use.

Most scientific organizations that have studied this issue, such as the World Health Organization and the National Cancer Institute, find no convincing evidence of risk of brain tumors or other harms. The Food and Drug Administration states, “The weight of scientific evidence has not linked cellphones with any health problems.”

Meanwhile, supporters of stronger warnings point to reports in the insurance industry citing the possibility of increased liability to claims of health damage from cellphones, but such conclusions appear to be based on fear of liability arising from public concerns that are not based on evidence of harm. I submit that public policy should be based on actual risk, not on popular perceptions that aren’t supported by evidence.

Do risks of cellphones require more study? Yes, especially looking for any long-term risk to children who use them extensively over many years. Meanwhile, there is not much basis for modifying our use of mobile phones because of the risk of brain tumors or other risks from RF emissions.

If a risk exists at all, it is not high enough to justify a warning label for consumers. Warning labels are best reserved for risks that are both more clear-cut and larger. Perhaps use of cellphones while driving is an example.

Dr. Junck is professor of neurology at the University of Michigan Health System. He can be reached at [email protected].