Rare breed of giraffe hunted to the brink of EXTINCTION 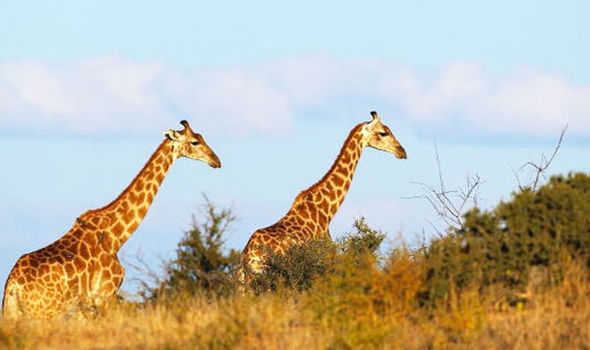 The Kordofan giraffe is teetering on the edge of extinction because its meat commands such a high price, according to conservationists.A single giraffe can produce up to 270 kilograms of meat, enough to feed an army of poachers for weeks, experts have said.The distinctive spotted skin is used for luxury goods and carries a high price tag in a country where per capita income is less than $230.
Aimé Balimbaki, the head of research and monitoring at Garamba National Park, says that just 34 adult giraffes survive split between two herds, with four young calves between them.He told the Times: “At the moment the ratio is one male to 2.4 females, which is still sustainable.”But if we have bad luck or if there is a serious menace – even if we lose just five giraffes – then the population may no longer be viable”. 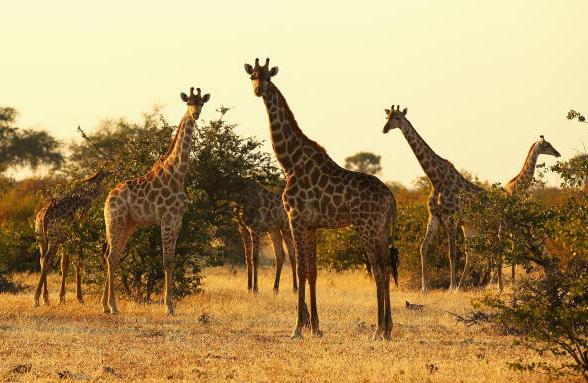 A giraffe can produce up to 270 kilograms of meat, enough to feed an army of poachers for weeks 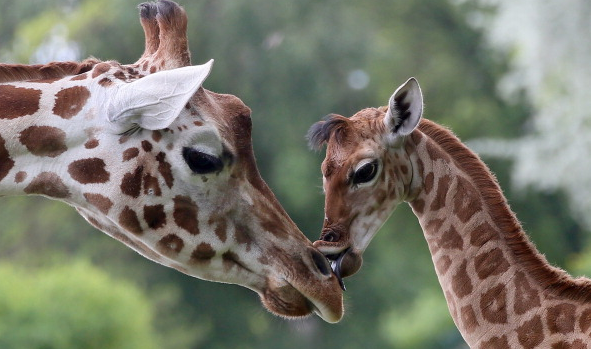 Balimaki added that desperate refugees fleeing the bloody conflict in South Sudan often resorted to killing the giraffes for food.He said: “If more refugees arrive, or if there are political problems here and people come into the park to destroy the giraffe then we will lose them completely”.Park officials have warned that if they lose just five more giraffes, the population may no longer be sustainable on its own.

Noëlle Kümpel of the International Union for Conservation of Nature, said: “Giraffes – like elephants, rhinos, and the like –have been picked off by poachers to feed the illegal wildlife trade and impoverished local people.

At the same time, their habitat has been severely and, in many areas, irreparably degraded, leaving very few trees left to sustain even this small population of giraffe.”She said that the remaining giraffes – which live in two small herds – are forced to to travel “incredibly long distances” to find food.

African parks with assistance of the Giraffes Conservation Foundation have now fitted eight of the animals with GPS radio collars to keep track of their whereabouts.

The UK based Charity Spots and Stripes, are in contact with both African Parks and The Giraffe Foundation with the intention of assisting.

A spokeswoman said:  “t is heartbreaking that this has not gained the media attention it so deserves.  To have a population of only 38 Giraffe’s remaining in the Congo is a disaster for both the species and for conservation.”