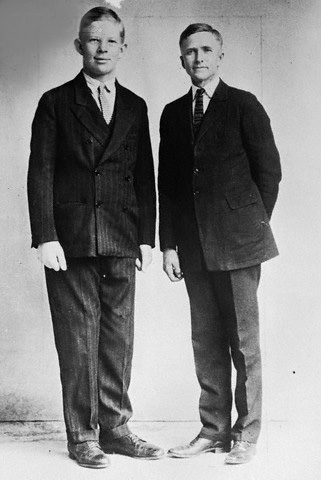 Hog-Zilla it was called and it was hunted in the forest of Russia, obviously for sport.

These hogs are known to get even larger than this.

The largest and most definitely slimiest salamander in the world, it can grow up to 6 ft in length and is nearly blind.

This is Sandy, one of the largest Flemish rabbits hanging out with her pet sheltie.

These monsters can grow up to 1,300 lbs and are considered endangered in many of their Asian waterways.

Not what you want to see when taking out the trash, coconut crabs have claws powerful enough to crack coconut shells. Needless to say, they’re not to be trifled with.

Found throughout the treetops of New Guinea, this fruit eater is the largest bat on the planet. 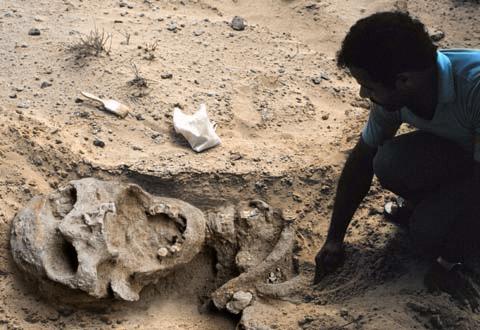 The serpent mound of Adams County, Ohio, contained the bones of giants over eight feet tall in the early 1800s. Thousands of years ago, the Ohio Valley was inhabited by a race of giants. In 1846, Joseph Henry, first secretary of the Smithsonian Institution, estimated that in Ohio alone, there were over 10,000 burial mounds. Unfortunately, the early pioneers destroyed most of them.
But at least one burial mound has been reconstructed in Adams County, Ohio. It stretches across the meadow in the form of a serpent ­ perhaps identifying the god of this ancient race of giants. In the nineteenth century, several published accounts of excavations verified that many of the giants were over eight feet and some nine feet tall and each had a double row of teeth.
In 1883, an article appeared in the journal, Scientific American, in which a reporter asked an aged Indian what his people knew of these ancient graveyards. He answered: “Me know nothing about them. They were here before the red man.”
In 1872, the Historical Collections of Noble County Ohio (p. 350,351), a mound was uncovered, in which were found “the remains of three skeletons whose size would indicate they measured in life at least eight feet in height. The remarkable feature of these remains was they had double teeth in front as well as in back of mouth and in both upper and lower jaws. Upon exposure to the atmosphere the skeletons crumbled back to mother earth.”